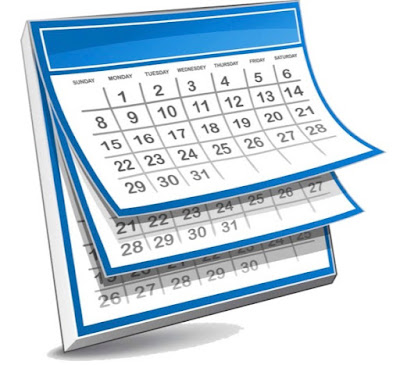 Around six centuries before Christ, near the end of the Babylonian exile, the city of Jerusalem and the Jewish temple had been in ruins for decades. While confessing Israel’s sins to the Lord and pleading for mercy and forgiveness, Daniel sees a vision in which it is revealed, according to most English translations, “seventy weeks” are determined to accomplish some remarkable things. The prophecy is then broken down into “seven weeks,” followed by “sixty-two weeks,” and then a final “week” (Dan. 9:24-27).

Interpreters through the centuries have attempted to calculate a precise date for the fulfillment of this prophecy, reasoning that “seventy weeks” equals 490 days, with each day representing a year in prophetic history (cf. Num. 14:34; Ezek. 4:6). The prophecy, then, was to be fulfilled 490 years “from the going forth of the word to restore and build Jerusalem” (Dan. 9:25).1 The question is, what “word” (ESV), “command” (NKJV), or “decree” (NASB) is in view, and how does one determine which year marks the beginning of the calculation?

Cyrus the Great (a.k.a. Cyrus II) issued a decree around 538 BC to allow the Israelites to return to their homeland to rebuild their holy city and temple (Isa. 44:28; 45:13; Ezra 1:1-3; 4:3; 5:13; 6:3). This was followed by over nine decades of migrations and further edicts, starting with the first wave led by Sheshbazzar to lay the temple’s foundation (Ezra 1:11; 5:13-16). Next was Zerubbabel’s massive cohort (Ezra 2:2), with King Darius, around 520 BC, mandating the continuance of the temple’s reconstruction, completed approximately five years later (Ezra 4:24; 6:6-15). Another significant effort was led by Ezra about 458 BC, primarily focusing on reforming the Jewish state (Ezra 7–10), while King Artaxerxes sent out an order for the temple’s beautification (Ezra 6:14; 7:20-21, 27). Nehemiah’s group followed about 445 BC to rebuild Jerusalem’s walls, with another decree from King Artaxerxes (Neh. 2:1).

Antiochus IV Epiphanes and his Seleucid forces pillaged Jerusalem and desecrated the temple around 167 BC,3 fulfilling the prophecy of Dan. 8:9-13; 11:21-39 involving “the abomination of desolation,” which would be repeated by the Romans a couple of centuries later (see below). The Maccabean revolt resulted in the temple’s restoration and consecration in 164 BC, the commemoration of which was ordered by Judas Maccabeus and celebrated annually as the feast of Hanukkah or “dedication” (cf. John 10:22).3 The fight continued until Seleucid control was completely broken and Jewish sovereignty restored in 142 BC.

The temple was desecrated yet again during the Roman conquest, when General Pompey entered the most holy place in 63 BC and General Crassus plundered the temple in 54 BC. Afterwards Herod the Great ordered a number of building projects in Jerusalem and surrounding environs and began a major reconstruction and expansion of the temple in 20 BC, continuing for another forty-six years into the ministry of Jesus (John 2:20). The Jews rebelled against the Romans in AD 66, sparking the Jewish War that resulted in Jerusalem and the Jewish temple being completely destroyed in AD 70.

So what decree was to initiate the count of Daniel’s “seventy weeks”? Was it the Lord’s, and if so, which one? Was it that of Cyrus, Darius, Artaxerxes, Judas Maccabeus, Herod the Great, or another? Beyond imprecise wording and subjectivity of dating, interpreters who try to literalize the numbers often disregard any period of time that does not fit their preconceived expectations, some even adding “gaps” to Daniel’s prophecy to account for “unreckoned time.” Surely there is a better way to handle God’s prophetic word, not the least of which is avoiding the attempt to be more specific than the biblical record allows.

According to Mosaic law, every seventh day of the week was set aside as a hallowed day of rest for the Jews (Lev. 23:3), and every seventh year a sabbath rest for the land (Lev. 25:1-7). “And you shall count for yourself seven sabbaths of years, seven times seven years; and the time of seven sabbaths of years shall be to you forty-nine years” (Lev. 25:8). The year that followed the “seven times seven years” or forty-ninth year was Jubilee,5 a yearlong celebration of liberty, reunion, rest, justice, and redemption (vv. 9-17, 24-28). The seventy years of Babylonian exile thus fulfilled the word of the Lord “until the land had enjoyed her sabbaths. All the sabbaths she lay desolate she kept sabbath to fulfill seventy years” (2 Chron. 36:20-21).

Daniel’s vision of the “seventy sevens” (not strictly “weeks” but a complete unit of sevens)6 is broken down into “seven sevens” (= 49) plus “sixty-two sevens” for a total of 483 sevens (Dan. 9:24-25), leaving one more “seven” to complete the prophecy. It is during this final climactic period that the most extraordinary things occur. The symbolism precludes a literal interpretation of a specific chronological duration. It is according to God’s timing rather than a disclosure of the exact timespan. If the “seven times seven [49] years” of Lev. 25:8 led to Israel’s sacred Jubilee, it follows that the “seventy sevens” of Dan. 9:24 lead to a Jubilee ten times greater.

The Time of Fulfillment

In chap. 7 the vision of four beasts depicts the same four temporal kingdoms, surpassed by the everlasting kingdom of the Ancient of Days. In chap. 8 the vision of a ram and a goat narrows the focus to the kingdoms succeeding the current Babylonian empire and preceding the fourth. In chap. 9 the prophecy of “seventy sevens” should therefore be understood in light of all that has been revealed thus far, while chaps. 10–12 again focus on what immediately follows Babylonian rule.

The metaphorical “seventy sevens” of chap. 9 are not divergent from the other visions but symbolize the prophecy’s complete fulfillment with respect to Daniel’s “people” and “holy city” (vv. 24-27). The following elements are clearly messianic.

This particular prophetic revelation has a starting point, “from the going forth of the word to restore and build Jerusalem” (v. 25a), as well as a climax, “until a messiah [anointed] ruler” (v. 25b).8 The period of implementation is then divided into “seven sevens” and “sixty-two sevens” (v. 25c). The “seven sevens” are focused on the rebuilding of Jerusalem (v. 25), followed by the “sixty-two sevens” that merely serve as an intervening period until the final “seven” (v. 26a). The restoration and reconstruction of the city was “even in troubling times” (v. 25d), descriptive of the persistent opposition against the building projects of the 6th–5th centuries BC (Ezra 4:1-24; Neh. 4:1–5:7; 6:1-14).9

“And the people of the ruler who is to come will destroy the city and sacred [place] and its end with a flood; until the end of the war are determined desolations” (v. 26c). Seeing that the exploits of Antiochus IV Epiphanes would have been accomplished during the “sixty-two sevens” (v. 25; cf. 8:9-13; 11:21-39), the “ruler” (Heb. נָגִיד [nagid], “leader” or “prince”) is a most apparent allusion to the Roman emperor Vespasian or his son General Titus, thus “the people” are the Romans. This occurs within the final “seven” of Daniel’s vision, after the messiah is cut off, viz. during the Jewish War of AD 66-70. The determined “desolations” are further expounded upon in the next verse.

But “in half [the middle of] the seven, he will bring an end to sacrifice and offering” (v. 27b). Before the prophecy has reached its full consummation, the old covenant system of “sacrifice and offering” will have come to an end. From God’s perspective, this was accomplished when Jesus became the once-for-all-time sacrifice at his crucifixion (Heb. 7:27; 9:11-14, 25-28; 10:9-10). Nevertheless, in the years that followed, the temple ritual and sacrificial system continued to be practiced in Jerusalem until its irretrievable end by the summer of, interestingly, AD 70.

The surest meaning of any prophecy is found in its fulfillment. Maybe we should avoid trying to be more specific than the biblical record allows and be content with a more general timeframe. Just as the Lord promised, the prophetic word of Daniel 9:24-27 was fulfilled, in every detail, around six centuries after it was revealed. The sin that separates us from God has been conquered and an everlasting covenant established. “O Lord, great and awesome God, who keeps his covenant and mercy with those who love him and with those who keep his commandments” (Dan. 9:4b).

1 Unless otherwise noted, scripture quotations are the author’s own translation.

9 The completed building projects (v. 25d) were to include רְחֹב [rechob], which could refer to an open space or plaza, and חָרוּץ [charuwts], a trench or moat, or inclusive of public places and streets, variously translated “squares and moat” (ESV, RSV), “streets and moat” (NASB, NRSV), “streets and a trench” (NIV), “a plaza and a moat” (CSB), "street ... and the wall" (N/KJV).

10 The number “sixty-two” does not appear to have any symbolic connotation, although its usage within a patently emblematic text would preclude literalization. When Darius the Mede received his kingdom, he was about sixty-two years old (Dan. 5:31). No symbolism is suggested here but his advanced age is probably recorded to indicate a comparatively brief reign.