The Naming of Constellations in Scripture 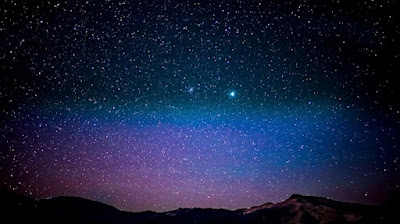 As Job reflects on the awesomeness of God’s creative power, he acknowledges God as the One “who made the Bear and Orion, the Pleiades and the chambers of the south” (Job 9:9, ESV). God then questions Job, “Can you bind the chains of the Pleiades or loose the cords of Orion? Can you lead forth the Mazzaroth [‘constellations,’ CSB, NIV] in their season, or can you guide the Bear with its children?” (Job 38:31-32).

Centuries later, in a pronouncement of judgment against Babylon, using apocalyptic imagery Yahweh declares: “For the stars of the heavens and their constellations [lit. ‘Orion and other constellations’] will not give their light; the sun will be dark at its rising, and the moon will not shed its light” (Isaiah 13:10). In a contemporaneous prophecy and lament over Israel’s impending judgment, the Lord is described as “He who made the Pleiades and Orion, and turns deep darkness into the morning and darkens the day into night …” (Amos 5:8).

Included among the innumerable stars created and positioned in the heavens (Gen. 1:14-19), “the Bear” (a.k.a. Ursa Major) is a constellation of seven primary stars in the northern sky.1 “Orion” is one of the most prominent and recognizable constellations, positioned on the celestial equator and named in the secular world after the Greek mythological hunter. “Pleiades” is the designation given by the ancient Greeks to a cluster of seven stars in the eastern sky, the observance of which marked the beginning of navigation season, later applied to the seven divine sisters of Greek mythology. Identifying “the chambers of the south” is less certain, apparently referring to a constellation or larger grouping of stars in the southern sky.

The Bible in no way legitimizes the pagan pantheon of luminaries or the practice of astrology, the human attempt to read the stars to foretell the future (see 2 Kings 23:5; Isa. 47:13). The biblical record often uses accommodative language with which its original audience was familiar, enabling them to relate to and understand the intended message.2 No one is certain as to when these names were given to the constellations, although apparently it was before the OT books of Job, Isaiah, and Amos were written.

1 The Latin name means “the greater she-bear.” There is uncertainty about the specific identification of the first constellation alluded to in this verse, possibly Aldebaran, the eye of Taurus and brightest star in Hyades, or Arcturus (see KJV and Latin Vulgate). The most popular proposal, equating the Hebrew ‘āš in Job 9:9 with ‘ayiš in 38:32, is the Great Bear (ASV, CSB, ESV, NASB, NIV, NKJV, et al.).