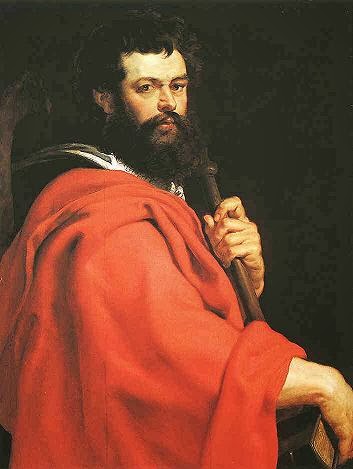 The name James is translated from Iakōbos, which is the Graecized form of "Jacob."1 While multiple individuals in the New Testament wore this name, the present study concerns the son of Zebedee and Salome and older brother of John (Matt. 4:21; 27:56; cf. Mark 15:40). James was a Galilean fisherman on the Sea of Galilee, laboring with his father and brother, along with Simon [Peter] and Andrew and hired servants. He was summoned by Christ while mending nets in a fishing boat and did not hesitate to forsake all to follow the Lord (Matt. 4:18-2; Mark 1:16-20; Luke 5:1-11).
Jesus gave the nickname Boanērges, Aramaic for "sons of thunder,” to James and his brother (Mark 3:17), presumably due to their fiery temperaments. They were impatient, intolerant, and quick to judge, wanting to call down fire from heaven on an inhospitable Samaritan village (Luke 9:54). They were also prideful and self-seeking, desiring superior positions in the Lord’s kingdom (Mark 10:35-44) and using their mother to make the request (Matt. 20:20-28). If anyone needed the longsuffering and guidance of the Lord, these brothers certainly did!
James was involved in the private conversation (Mark 13:3) that prompted Jesus’ prophetic discourse about Jerusalem’s imminent fall and the Son of Man’s unexpected return (Matt. 24:4–25:46; Mark 13:5-36; Luke 21:8-36). James was included in Christ’s “inner circle,” along with John and Simon Peter.2 After witnessing the healing of Peter’s mother-in-law (Mark 1:29-31), James was allowed to accompany Jesus when he raised Jairus’ 12-year-old daughter from the dead (Mark 5:37). On the mountain where Christ was transfigured in the presence of Moses and Elijah, none of the apostles had the opportunity to witness this glorious event except James and his brother and Peter (Mark 9:2). In the Garden of Gethsemane, not long before Jesus’ arrest and eventual crucifixion, James was among the three who were asked to accompany the Lord to a solitary place for prayer (Mark 14:32-35).
Battling through a brief period of doubt (Mark 16:13-14), James was privileged to be an eyewitness of the resurrected Christ. Prior to the Lord’s third appearance to him and his companions, James followed Peter’s lead and went fishing (John 20:19, 26; 21:2-14) but eventually gave up the trade all together to search for the souls of men (Mark 16:20). The ministry of James appears to have been limited to the general vicinity of Judea and lasted only about fourteen years. He then became the first of his apostolic comrades to die as a martyr, killed “with the sword” (probably beheaded) in the year 44 by the order of Herod Agrippa I (Acts 12:1-2).
With God’s help James overcame his struggles with anger, intolerance, selfishness, pride, and doubt. His close relationship with Jesus almost certainly contributed to his victory over these spiritual impediments. James was a fisherman by profession, but his heart was so convicted by the love of Christ that he could no longer be comfortable catching fish for a living. Though his evangelistic ministry was comparatively brief, he literally gave his life for the Lord’s cause. As we appreciate where our priorities ought to be, may we be just as dedicated.
--Kevin L. Moore

Endnotes:
1 The name means "heel-grabber" or "supplanter" (Gen. 25:26). Etymologically the Old French, derived from the Late Latin Iacomus (a variant of Iacobus), gave to English speakers two alternatives: "James" and "Jacques." Heavily influenced by Norman French, the English preferred "James,” and it became a very popular moniker when King James VI of Scotland became King James I of Great Britain in 1603 (American Heritage Dictionary of the English Language, 4th ed.). See also The NT Epistle of Jacob.
2 See Christ's Inner Circle. Beyond the Gospels and the 13th verse of Acts 1, James and John and Peter are the only ones of the original apostles mentioned by name in the rest of the New Testament.